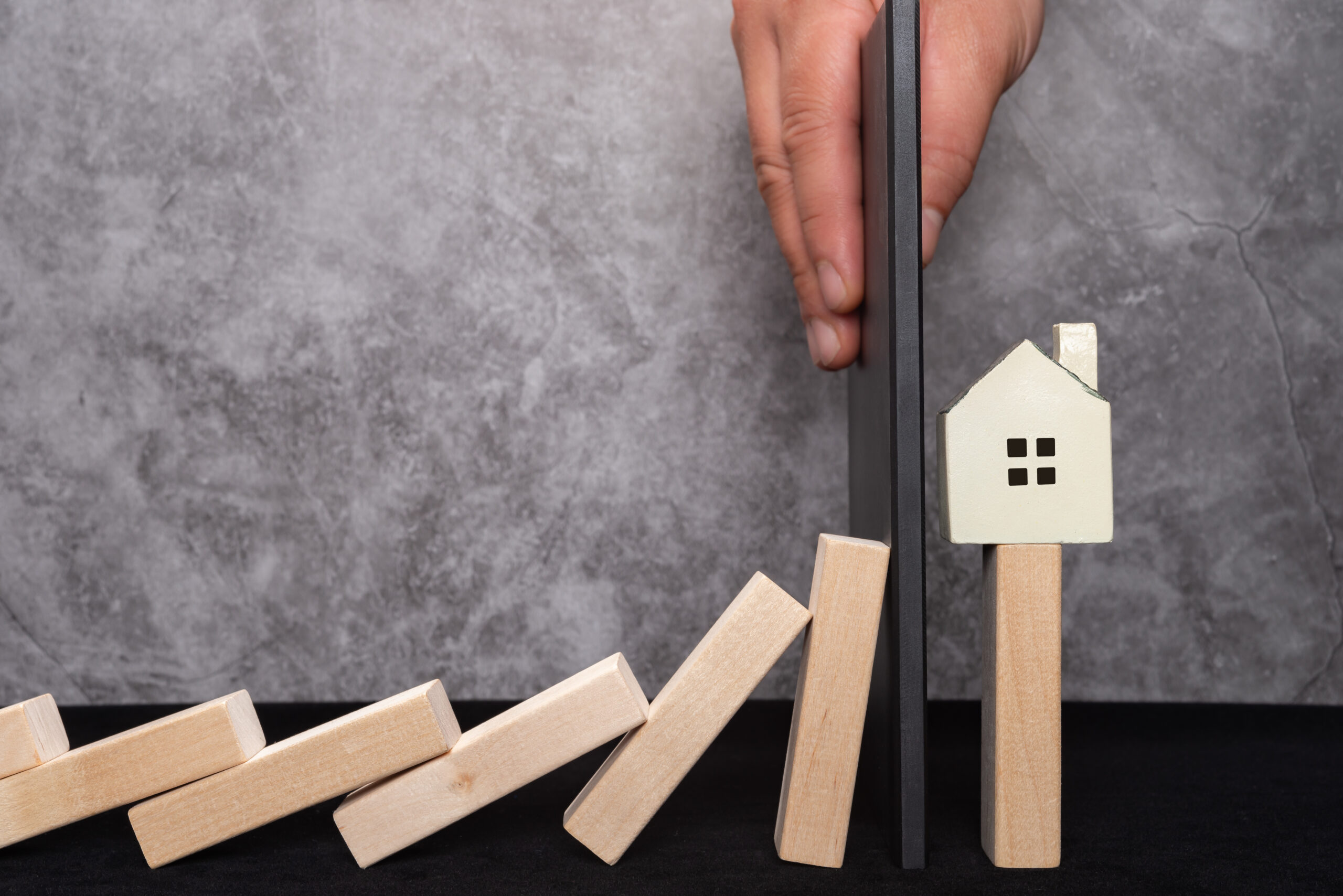 If buyer demand drops off considerably, too many homes could be on the market at a given time, which means that home values would drop as well. However, high interest rates don’t automatically lead to lower prices. In fact, it can take a long time for prices to slowly drop from their highs even after interest rates rise substantially.

You may be wondering why buyers would continue to purchase homes at high prices and high interest rates. The primary reason is that the reduced interest rates stoked interest in buyers to make a purchase. A home provides a more permanent shelter than an apartment, which makes it an appealing option even if interest rates are increasing.

Another reason for continued demand is because buying a home isn’t that expensive when taking inflation and increasing wages into account. The advantages that come with owning a home are another reason why very few homes are being listed on the market. While active listings are up by around 27% in comparison to 2021, housing supply was at historic lows in 2021. As long as demand is high and supply is low, there’s no reason for a housing crash to occur.

In the event that the economy goes through a recession, this doesn’t automatically indicate that a housing crash will take place. Before the Great Recession, the U.S. real estate market was in a housing bubble that was propped up by lenders providing mortgages to buyers who couldn’t necessarily afford them. Eventually, many of these buyers were unable to make payments on their loan, which resulted in a large number of defaults.

Since that time, lenders have implemented much more stringent lending requirements, which means that buyers with low credit scores or a poor debt-to-income ratio are no longer able to obtain mortgage loans without assistance. Keep in mind that the Great Recession began nearly 80 years after the Great Depression. While a recession might take place in the near future, it shouldn’t result in a severe economic downturn.

It’s not impossible to come to a relatively accurate prediction on what the housing market will do in the next few years. Because of high interest rates, buyer demand will likely decrease gradually, which should lead to home prices leveling off somewhat. However, it’s likely that the normal rate of inflation will keep home values at or above what they currently are.

Nominal home prices are ones that aren’t adjusted for future inflation, which means that a home worth $400,000 could be worth $430,000 in a few years even if buyer demand drops off. Real home prices are ones that are adjusted for inflation. These prices might decline. However, this decline isn’t likely to be a crash. The prices of most goods are still higher than many people can reasonably afford. Even so, their values have yet to drop, which is true for housing as well.

Many current homeowners pay relatively low mortgage payments with fixed interest rates, which means that their payments remain the same while interest rates and the prices of goods increase. Because of how beneficial it is to be a homeowner, it’s unlikely that a large number of foreclosures or distressed sales will take place, which is part of what caused the housing crash in 2007.

Even though a sharp drop in home prices would benefit you if you’re looking to purchase a home, it’s unlikely that home values will drop too much in the near future. However, it’s likely that they won’t continue increasing at such a rapid rate, which gives you an opportunity to invest in a new home and build your wealth.